It’s the best tasting time of the year! The weather is perfect and the trees are beautiful, but my favorite thing about fall is the flavors! Everything is bursting with pumpkin and cinnamon and apple and it’s just the best! As I’m gathering recipes for this season, I wanted to share some of my favorite recipes from last fall! I can’t wait to try even more fall flavors this year! 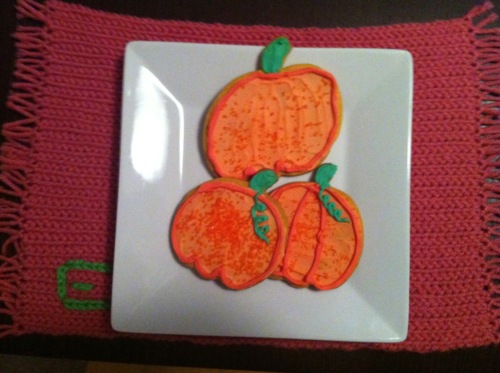 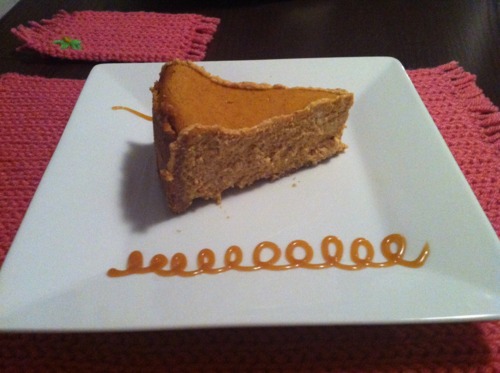 What fall recipes are you trying this year?!

And no, Jimmy Fallon, I do not mean cheese sticks.

Since the iPad came out in 2010, Kenny wanted one, but couldn’t come up with enough things that he would actually use it for. I wanted one, but the only reason I had was Labyrinth.

Last September, when I moved into my current apartment and started cooking and baking every Sunday, my reasons to want an iPad doubled. Now, I wanted an iPad to turn into my digital cookbook. I could just see it … my shiny tiny tablet on it’s pink cover that conveniently folds into a stand. It was gonna be great.

Sadly, I couldn’t afford an iPad on my own, so I had to convince Kenny to want one too so we could split it. However, no matter how hard I tried, Labyrinth and a cookbook were still the only reasons I wanted an iPad. I must have said it enough times though because on Christmas, there was a brand new iPad under the tree. Best. Present. Ever.

So now that we had it, we were determined to put it to good use. Turns out, that wasn’t hard at all. We use it all the time and for just about everything. But my favorite app of all time out of all the apps I have on my ipod Touch, iPhone, MacBook Pro AND iPad, is hands down, The Recipe Box app.

I went from this (only note quite because I wasn’t even this organized) ….

I can add recipes from anywhere with just a few clicks, add pictures, link to the original recipe, rate recipes, organize and categorize all my recipes! I don’t lose anything, I don’t forget which pizza crust recipe worked and which one stuck entirely to the pan, it’s like, the most amazing thing ever! Anyway, I just wanted to share it with you because I love it and I thought you might too! It’s $3.99, but totally worth it.

As I sit on my couch, my boyfriend and I both typing away on our trusty MacBooks, matching his and her iPhones sitting on the coffee table and the Apple TV streaming our favorite show, it would be an insult to feature anyone other than the late Steve Jobs this Thursday.

I can’t drop statistics on how many Americans own Apple products (though I undoubtably could look them up on either of the Apple products within arms’ length of me right now) or how Apple has changed the face of how people work, learn, play and live, but I can tell you the impact that Jobs’ products have had on me.

I was late on the iPod train. In fact, when the first of my friends got an iPod (and I’m talking about the old, brick iPod), I looked at her confused and asked completely seriously what an iPod was. It was only a few years before I was dying to have one, but never actually bought one until my sophomore year of college. Not only did my new iPod hold more than just two albums at a time, but it got me my job as Music Editor at buzz magazine. Now that I could stay up-to-date on the latest and greatest music and could carry it with me wherever I went, my music listening skyrocketed and so did my music knowledge base.

With my MacBook came my love for multi-media production. It was the day after Thanksgiving when I finally cracked and dropped a pretty penny on my shiny, new MacBook Pro — but it was totally worth it. With my new computer came a new portability, a new speed and a suite of better running programs. Combined with a school project that changed my life, CampusCrime.net, my new MacBook Pro helped me discover my love of animating graphics, mixing audio and producing videos, all of which led me to my video editor position at Chalk Them Up.

I never wanted an iPhone, but after a rough trip to New York City for an internship that involved countless phone calls to my boyfriend to look up directions on his iPhone, I was sold. I got the white iPhone the day it came out, and I never felt more cool. With the help of that phone, I checked in everywhere, became exponentially better at Scrabble and Angry Birds, and immediately received an email about applying for a job at CDW.

So, thank you, Steve. Thank you for helping me find my ambition, my passion and my job, among other things. You will be remembered by me, as by the rest of the world, as a seer, a builder, a doer and a sharer.

There are many other tributes to Steve Jobs’ memory, thousands of Facebook posts and countless news stories about the man who (basically) made Apple. I encourage you to take a look at them, say a quick prayer or even just take an extra second to appreciate that contributions he made to the world as we know it.